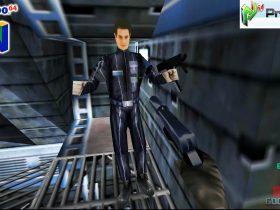 A long time ago, when our continents had totally different shapes, dinosaurs had been roaming the planet for millions of years. One dreadful scenario changed all that when a huge asteroid hit our Earth and blocked the sunlight for hundreds of years. But until then, many species of dinosaurs lived and enjoyed life.

One of those species is Stegosaurus, a genus of herbivorous thyreophoran dinosaur. A team of paleontologists from the University of Edinburgh worked together with scientists from National Museums Scotland, Staffin Museum on Skye, University of Glasgow, and Federal University of Rio de Janeiro to make a significant new discovery. They found Stegosaurus tracks on the north-east coast of Skye, which is a Scottish island.

The staggering amount of time this species of dinosaurs have been roaming the Earth is incredible. 50 newly-identified footprints were analyzed by the scientists and thus it was confirmed that they belong to the stegosaurs.

Paige dePolo is a student who led the study, and he let people know how much the discovery matters for the world:

“These new track sites help us get a better sense of the variety of dinosaurs that lived near the coast of Skye during the middle Jurassic than what we can glean from the island’s body fossil record.

“In particular, deltapodus tracks give good evidence that stegosaurs lived on Skye at this time.”

The stegosaurus were a peculiar type of dinosaurs, and they made scientists wonder for plenty of time how they got their unique features. These reptiles had distinctive back plates with the shape of diamonds, but were also very large. One such creature weighed more than 6 tonnes and was 30ft-long (9m) as an adult. They were nurturing themselves only with plants, while they were being eaten by other dinosaur species such as Allosaurus, Ceratosaurus, and Torvosaurus.

The study was published in the journal PLOS ONE.