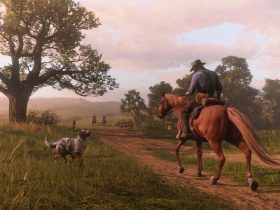 Are You Tired Of Your Red Dead Redemption 2 Horse? Try A Giant Cougar!

Since he first exoplanet was spotted in 1992, researchers have learned a lot of valuable information about our solar system and space in general. Two of the most exciting exoplanets types are hot-Jupiter and sub-Neptune.

There are too many sub-Neptune exoplanets

Recent data infers that sub-Neptune planets are the most common type of planets that can be found within the Milky Way. However, it is hard to learn more about them since they aren’t present within our solar system.

With the help of the Kepler Space Telescope, more than 2,600 exoplanets have been observed, with approximately 1,000 being classified as sub-Neptunes. Interestingly, Neptune-like planets tend to be quite rare despite the impressive abundance of sub-Neptune planets.

It is well-known that gas planets feature the presence of large amounts of gases like hydrogen. On some gas planets, other gases may be present, including helium and methane, but the atmosphere remains dominated by hydrogen. The size difference between the sub-Neptune and Neptune-like worlds is also quite fascinating.

About the study on this type of exoplanets

Some researchers argued that the difference could be explained by atmospheric differences since large atmospheres on planets with a modest core are easy to strip away. Others say that the disappearance of the protoplanetary disk will hamper the growth of the planet, but the solution does not appear to be universal.

In both cases, the importance of an active planetary core was ignored, as the models assumed that it would be inert. However, a team of researchers argues that an active core can exert a powerful influence on the atmosphere. While this happens in the case of Earth, the same general principles could work in the case of a gas giant.

Within the paper, the researchers take into account the way in which the presence of a magma ocean affects the hydrogen balance. It is argued that sub-Neptune planets will have their development hampered when hydrogen is pushed into the magma. The paper was published in a scientific journal.