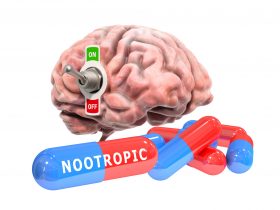 Are nootropics a reliable cognitive-enhancing promise, or the most sought-after scam?

Venom 2 might be delayed again according to recent reports. Why does the second installment of the Venom series encounter such an issue? Well, it is still uncertain. Some rumors are fueling the craziest ideas yet about the movie’s plot, director, and soundtrack.

But, on the other hand, the best decision so far that Sony made is to produce this Spiderman spin-off. Even if the movie didn’t quite come as a big hit to impress critics, it sure did its round of earning significant revenue.

Venom had first hit theaters back in 2018 as a superhero movie based on a Marvel Comics character, produced by Columbia Pictures, Tencent Pictures, in association with Marvel. Directed by Ruben Fleischer, it stars Tom Hardy, Michelle Williams, Reid Scott, and Scott Haze.

When Will Venom 2 Arrive in Theaters?

Currently, we can only believe the rumors or wait for an official announcement. However, as waiting could be too long sometimes, Venom 2 is most probably to be launched on October 2nd, 2020. So believe it or not, such a piece of information is the most encountered one.

As for the Venom 2 cast list, we got some hints directly from actor Tom Hardy. Back in 2019, he published a photo from the sets of the movie and deleted it shortly after. Such a thing suggests that we’re going to see Hardy again on the big screen. Actress Michelle Williams confirmed she would return in the sequel, last year, too.

The soundtrack is currently stirring some fantastic ideas, yet we got no clue of what producers will bring in the mix. An update should be soon released.

News about Andy Serkis joining the Venom 2 team has been confirmed. Tom Hardy showed last year on Instagram, his excitement for working with Serkis. It seems that they share a strong bond.