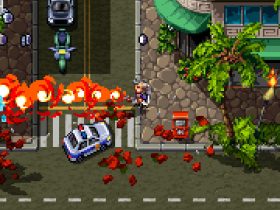 Shakedown: Hawaii Appears on Steam and on Nintendo Wii

While some companies haven’t released successful smartphones in a while, Sony has enjoyed a lot of positive feedback as the latest smartphones made by the company offer a refreshed experience and a focus on being good at everything.

Sony has recently announced the Xperia 5 II, a toned-down version of the Xperia 1 II, which comes with new features and a more affordable price tag. However, while the device will be available from September 29, Sony won’t ship it until December 4.

The device will come with a 21:9 panel, but its size isn’t as large as it may seem, since it measures 6.1-inches, a trait that makes it quite easy to fit into a pocket.  Since it is longer in comparison to other models, the display can offer a perspective that is more cinematic when watching media content.

On the inside, the smartphone is is powered by a Qualcomm Snapdragon 865 processor as well as 8GB of RAM and 128GB of built-in UFS storage space. Users who need more space can use microSDXC cards with a maximum capacity of 1TB, a fact that will please avid photographers.

Smile for the camera

A triple-camera array can be found on the rear, in the form of  16mm, 24mm, and 70mm sensors. One of the best features is represented by the presence of bleeding-edge auto-focus technology, which is able to detect and lock-on the eyes of humans and animals for impressive shots, and up to sixty frames can be captured per second.

Owners of Sony Alpha cameras can also upload images directly on the devices, offering more portability and storage options. A special gaming mode is also present and offers a selection of features as users can choose and lock screen refresh rate, touch response speed, and enable or disable motion blur.

May 1, 2021
Load More
We use cookies on our website to give you the most relevant experience by remembering your preferences and repeat visits. By clicking “Accept”, you consent to the use of ALL the cookies.
Opt Out.
Cookie SettingsAccept
Manage consent