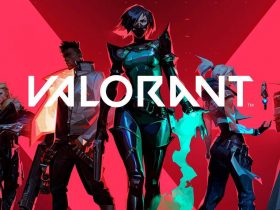 Some gamers are aware that Shenmue is often referred to as the trend-setter in open-world video gaming.

The game was released on the Sega Dreamcast about 21 years ago.

The game was followed by some of the most anticipated video game sequels.

Also, Shenmue III broke the record for the most-funded game on Kickstarter in 2015!

As you can see, the name Shenmue has some weight to it!

There is good news in store for the fans of the game!

AT&T’s Crunchyroll has revealed that the saga is getting its dedicated anime series.

Deadline says that the Anime will be released on Adult Swim’s Toonami in the United States, not only on Crunchyroll itself.

The Anime will supposedly follow Ryo Hazuki, the game’s protagonist, in his quest to become a martial artist and avenge his father’s death.

Apart from that rough outline, a generic image, and the fact that Crunchyroll has ordered 13 episodes, we don’t have anything else to talk about.

Yu Suzuki, the creator of Shenmue, will be given the credit of executive producer, and the Anime will be directed by Chikara Sakurai, who has a strong reputation on IMDB.

We hope that the Shenmue anime will take the series’s legacy to the next level, as Shenmue III hasn’t risen to the expectations and hype from its predecessors.

One detail we are fond of is that Shenmue is unofficially responsible for games like the Yakuza franchise, which were impressive, to say the least.