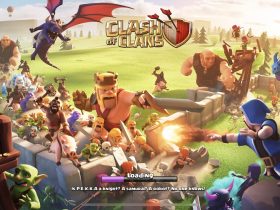 Sneak Peek at Another Clash of Clans Upcoming 2020 Troop

The death of Iron Man in Avengers: Endgame was probably the saddest moment from the MCU, and the one who took it harder was Peter Parker. Marvel Studios has developed the friendship between Peter and Tony over the years.

They first met on Captain America: Civil War. This relationship then continued in Spider-Man: Homecoming, then in Avengers: Infinity War. Peter was the one who was most affected by Tony’s death, and he was even willing to suit back up in order to bring him back.

In Endgame, everyone killed by Thanos’ snap came back, including Spider-Man. The scene was beautiful, probably the most amazing one in the entire film. We see a great moment between these two, who went for a full hug. We were reminded of the one from Homecoming when Tony was going for a hug, but not really.

The death of Iron Man in Avengers: Endgame affected Peter Parker the most

The reunion did not last for long, with Thanos threatening to destroy the world. Iron Man made it his mission to find all of the six Infinity Stones in order to get rid of them, the thing that killed him in the process. This thing was a disaster, especially for those like Rhodey, Happy Hogan, and Pepper Potts. As said before, his death struck Spider-Man the most.

Between Infinity War and Endgame, five years passed, but for some, there were a few hours. So it was not that long after Spider-Man went to Titan and found Thanos and then was turned into dust, only to came back alive to see his mentor die.

They could not even talk since Tony could not tell Peter how he feels about him. It is truly a tragedy for the MCU, and we found it hard to get used to the idea ourselves.