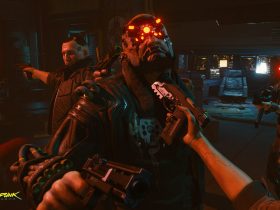 A recent study at Oxford University shows that the rule of thumb for moderate drinking — two drinks a day for men and on a day for women — might do you more harm than good. For decades, doctors have recommended these doses to patients, citing studies supporting moderate daily drinking as a way of promoting personal health.

The study on 25,000 middle-aged adults found the relationship between negative effects on the brain and the moderate consumption of alcohol may be stronger than previously thought. The study found a negative association between brain gray matter volume and alcohol consumption. If you have high blood pressure, are overweight, or regularly consume excessive amounts of alcohol, the effects may be worse for you.

Although experts are still in debate over the health benefits of alcohol, they are all in agreement that excessive drinking is harmful. And that definition of excessive drinking has changed over the years. Last year, the 2020 Dietary Guidelines for Americans reduced the recommended daily limit to one drink for men (12oz of beer, 5oz of wine, or 1.5oz of liquor). Experts are also clear on the association between alcohol and certain cancer types, like breast and liver cancer.

On the numerous studies suggesting the health benefits of moderate drinking of wine, Mazue had this to say: “For those who don’t drink, I don’t ask them to start.” The healthline piece explains that this is because Mazue does not want his patients to risk potential alcohol dependency.

In the healthline piece, Dr. Jeanette Tetraul, professor of medicine at Yale School of Medicine, notes that even though experts know of negative health effects associated with drinking, “Abstinence-only does not work. We ‘ve seen public health campaigns like that fail in the past.”

Related Reading: Heart Disease Is The Primary Cause Of Death Among Women