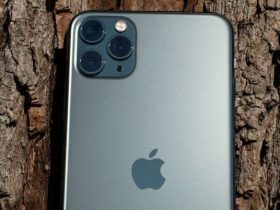 Don’t Update To iOS 13.5.1 If You Want To Jailbreak Your iPhone!

Oculus is one of the most popular providers of VR headsets, with the popular Oculus Quest offering a chance to taster virtual reality at an affordable price, which has been a great boon for parents and children from all over the world.

Facebook brought Oculus a year ago, and while it was content to avoid major changes for a while, a series of new user changes have been announced recently, sparking anger and displeasure among parents, as users will have to create and sign-in with Facebook accounts in the future.

Not ready for social media

Many parents have already shown their annoyance, and for some children, the change might mean that they will not be able to enjoy an Oculus device until they are older. The move might hurt sales despite the fact that people bought Oculus Quest units so fast that managing stocks was a problem.

Many parents argue that their children are too young to enter the world of social media, which can offer many interesting opportunities as well as major risks, as they have become a popular hunting ground for child predators in recent years.

Facebook mentioned that while the change will become effective from October 2020, users can continue to use current Oculus accounts until January 1, 2020. The company also argues that it will be easier and more convenient to log into Oculus by using a Facebook account.

While the main audience for Oculus games are young adults and children, prospective users must be at least 13 years old to create a Facebook account. The behavior of young users will be monitored and monetized in the form of personalized recommendations and ads. Parents will also have the option to create an alternate Facebook account and share it with their children.

New security features will also be implemented to ensure that Facebook accounts created by or for young users will not be vulnerable to attacks.

May 1, 2021
Load More
We use cookies on our website to give you the most relevant experience by remembering your preferences and repeat visits. By clicking “Accept”, you consent to the use of ALL the cookies.
Opt Out.
Cookie SettingsAccept
Manage consent