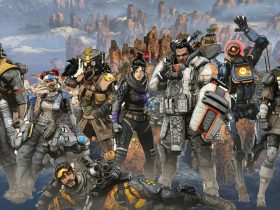 The Best Games to Play During Halloween in 2020

Although we have been studying Mars for decades, the Red Planet still holds some secrets. In its latest discovery at Gale Crater, NASA’s Curiosity rover spotted more proofs of an ancient lake on Mars.

According to the paperwork published by scientists in Nature Geoscience journal, the data gathered by the Curiosity rover on rocks rich in mineral salts prove the past presence of salty ponds that experienced both overflowing and dry out periods, over time.

As the researchers explained, the deposits of mineral salts are also clear evidence of the extreme climate change that turned Mars from a wet planet into the desert that it is nowadays.

Next, “scientists would like to understand how long this transition took and when exactly it occurred. This latest clue may be a sign of findings to come as Curiosity heads toward a region called the ‘sulfate-bearing unit,’ which is expected to have formed in an even drier environment,” NASA JPL reported in a press release.

As it travels through the Gale Crater on Mars, NASA’s Curiosity rover collects samples and sends the data back to NASA so that the scientists can find more details on how the climate change took place on Mars.

“We went to Gale Crater because it preserves this unique record of a changing Mars. Understanding when and how the planet’s climate started evolving is a piece of another puzzle: When and how long was Mars capable of supporting microbial life at the surface?” asked William Rapin of Caltech, and the leading author of the new study on the ancient lake on Mars.

As the scientists reported, the data collected by NASA’s Curiosity rover suggests that water had gathered in pools at Gale Crater after each very dry period.

In its recent discovery, NASA’s Curiosity rover identified new evidence of an ancient lake on Mars, at Gale Crater. Next, the rover will have to continue studying rock structures to reveal more about the ancient history of the Red Planet.