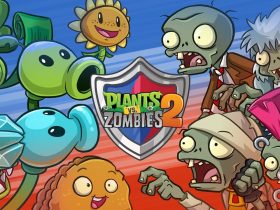 Every single year, millions of monarch butterflies move from North America. They move from as far as the border between Canada and the United States to the rocky regions of Mexico, where they spend their winter. All in all, monarch butterflies travel as much as 3,000 miles during one season. That is more than some people travel in their entire lifetime. On the other hand, on the other side of the Rocky Mountains, which is a very important geographic barrier for monarch butterflies, monarchs from the western part tend to fly a mere 300 miles to get down to the Pacific Coast, then deciding to spend their winter in the more liberal region of California. For a very long time, researchers were under the impression that monarchs on each side of the Rocky Mountains were entirely different populations that did not mix at all.

However, it would seem that some new research seems to indicate that western and eastern monarch butterflies do fly differently. Despite that, the two populations are still identical from a genetical point of view. In the academic journal Molecular Biology, the results of the study are presented. The study was performed by a team of evolutionary scientists affiliated with the Emory University, located in the United States, and proves some interesting facts.

Jaap de Roode, an Emory professor of biology and the lead author of this study, explained that their results were very surprising. According to de Roode, his laboratory is one of the very few that made a full time job out of studying monarch butterflies.

De Roode then continued by explaining the fact that one would normally expect to see a lot of genetic differences between the two species of monarch butterflies. However, the researchers were surprised to discover the fact that, genetically, the populations are identical.