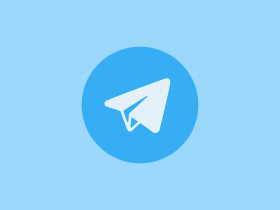 Slavic Magic, an aptly named solo developer, has announced one of their upcoming games: Manor Lords. It is an interesting combination between a real-time strategy game and a city-builder. As the name suggests, the game has quite a bit of a medieval flair. In Manor Lords, players will get the chance to be a medieval ruler on a piece of land that they have been granted by their liege. Gamers will be tasked with building a village, a house, and defending their fief from other lords and bandits in large-scale battles, just like in the Total War series. Of course, the game will be compared to Banished and to Total War, the two flagships for large scale battles and for medieval city-builders, respectively. Some people within the gaming community have also mentioned that Stronghold is a possible influence on Manor Lords. Recently, Slavic Magic have released an announcement trailer, which is available on their YouTube channel.

The city-building side of Manor Lords will use an organic layout, instead of making use of a planned, fixed grid. This is realistic, as that is the way that cities grew in medieval times. From a historical point of view, the game has been inspired by Europe from the 11th to the 15th century, but it has no exact location. Manor Lords focuses on full freedom of placement and full freedom of rotation when it comes to building. A lot of realism seems to be involved in this side. For example, the developers have mentioned that iron has to be bloomed in a bloomery before use, fields have to be plowed by oxen, and players must make use of their open pastures to herd sheep. The game is currently scheduled for release in its Early Access stage in autumn 2020. More details about the game can be found on the Manor Lords website.