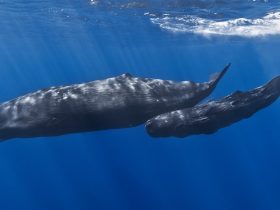 Study Seems to Indicate that Sperm Whales Have Changed their Schedules

The director of the series, Roland Emmerich – he directed the first two Independence Day movies, said he has an idea for a sequel. This would mark the third movie of the series.

Then we heard that Dean Devlin said he had no plans to make another film. Emmerich said that Will Smith’s absence ruined the second film and that he shouldn’t have made the movie in the first place without Smith.

The first movie was released back in 1996, and the main cast was formed of Will Smith, Jeff Goldblum, and Bill Pullman, and it showed the story of a group of people who are trying to get to safety when aliens get on Earth. On Independence Day, people start to fight against the extraterrestrial race.

That movie was good. It has impressive visuals, and it has become a classic ‘90s blockbuster entertainment. The film grossed $817 million worldwide, and it’s fantastic because the movie had a budget of $75 million. The sequel was released in 2016, and it was far from the first one. It was set twenty years after the action of the first movie, and it shows another alien invasion.

This time, they believe the US has created a program that will keep people safe from aliens. The film was predictable, had many plot holes, and there was no Will Smith. However, we still want to give a chance to this third movie. Who knows? Maybe it will be something great.