Bloodstained: Curse of the Moon 2 Is Coming Soon

Game of Thrones Winter is Coming is the most recent addition on the R2Games platform and it has a huge new update. The latest update includes a new system and daily events, among other improvements.

Let’s check out what’s coming in Game of Thrones Winter is Coming.

The new patch comes with several improvements, such as increased the odds of obtaining various materials when defeating certain groups, such as Rebel Leaders, Rebel Groups, and Elite Rebel Groups.

Several interface optimizations were also made, such as moving quests and rewards of the events from the top right of the main screen to the daily event in Benefit menu.

The matchmaking mechanism was also improved, so the new Champion City Siege Event should be more exciting as well.

The new Awakening system is the most important part of the new patch. It lets commanders learn new skills and buffs. This way, they will be not only better on the battlefield, but also in the city.

Players will be able to upgrade their commanders to Gold Quality and activate Awakening. Right now, the following commanders are available to be awakened: Seg, Soren, Chirs, Laena Waters, and Annie. Future updates will include more commanders for the new system.

To unlock the new system, players will have to clear clear Weirwood Tree Trial 5-1, own enough commander tokens and get their commander to Gold Quality.

You get to play as a lord that fights to get on the Iron Throne and rule over Westeros. This means you will first need a castle, an army and a lot of allies to help you towards your goal. And of course, you’ll have a dragon.

If this doesn’t sound great, then prepare to see Jon Snow, Daenerys Targaryen and Jaime Lannister in the game! Game of Thrones Winter is Coming can be played directly from any browser on the R2Games platform. Check out the official Facebook page to learn more about the game, stay updated with all the new events and share strategies with other Lords and Ladies!

Calvin S. Heenan
View More Posts
With a genuine passion for movies and tech, Calvin likes writing about these topics. He is also an experienced writer of scientific articles, so, from time to time, he will also cover such subjects.

Scientists Analyzed The Atmosphere Of A Distant “Hot Neptune” Planet 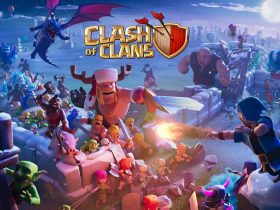 How To Play Clash Of Clans On Windows PC?