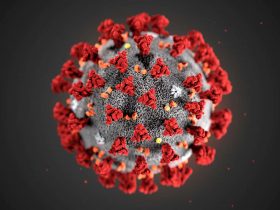 Once Henry and Fiona, two kittens belonging to Robin Kintz, got sick with a deadly disease affecting cats, Robin heard of this drug brought from the Chinese black market. The drug, called GS-441524, is based on actual research from UC Davis. The channels of obtaining the drug, however, are as shady as they get. She had to send someone thousands of dollars, and she then received, through DHL, a bunch of vials containing an unmarked liquid. Kintz went through the entire ordeal and injected the miracle drug into her cats daily.

The amazing thing is that the miracle drug actually worked. Henry lived for another year, while Fiona is still alive, despite the theoretically uncurable nature of their disease. Kintz now administrates a Facebook group with 22,000 members that helps cat owners find and use GS-441524, curing thousands of cats.

What is absolutely shocking, however, is that GS-441524 is highly similar to remdesivir, the antiviral we are hoping to use to treat the novel coronavirus. Although initial data indicate that the drug does nothing more than shortening the time of recovery, the FDA (Food and Drug Administration) has allowed it for emergency use. The company that makes remdesivir, Gilead Sciences, has decided to donate 1.5 million doses to fight COVID-19.

Gilead Sciences has managed the invention and holds the patent for GS-441524 as well. Researchers working for the company have co-authored research about its effectiveness against the feline disease. The company, however, has refused to license the drug for use in animals, since they worry that its likeness to remdesivir could affect the approval process for the drug, which was initially meant to be during the Ebola epidemic.

Once that failed, and the global coronavirus pandemic started, the drug’s testing against COVID-19 began. Remdesivir enters cells easier because of a small modification, but its mechanism of action against viruses is just like the one of GS-441524.

The paper has been published on The Atlantic. 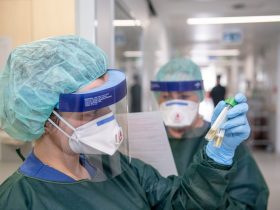