In a surprise move in the video games market, Microsoft Has Announced that it will purchase Zenimax Media, which owns several video games studios, including Bethesda Game Studios and id Software, in exchange for $7.5 billion.

The acquisition is a major boon for Xbox Games Studios since the Bethesda and id are behind some of the most popular video game franchises in the world, including The Elder Scrolls Series, Doom, Fallout, Dishonored, Quake, and several other titles. With the new studios taken into account, Microsoft owns fifteen developers within the Xbox Games Studios group.

According to a blog post shared by the chief of the Xbox division, the entire Bethesda catalog will come to the Xbox Game Pass, with future titles developed by the studio being available at launch. Game Pass opportunities have been a major factor in the acquisition.

It was also mentioned that Microsoft hadn’t planned any operational changes related to Bethesda or other companies that will be obtained once the deal to purchase Zenimax Media will be complete. Bethesda and Microsoft have also enjoyed a long and fruitful collaboration, even if one of the results is the infamous horse armor DLC for TES IV: Oblivion.

The deal has been negotiated, but several tasks need to be handled before it will be completed. Several Bethesda employees have shared their opinion on the transaction, including the well-known producer Tod Howard, who mentioned the partnership would lead to many excellent games, available on multiple platforms.

Microsoft paid a hefty price for Zenimx Media, but the company has made expensive purchases in the past, as it offered  $2.5 billion for Mojang and a similar amount of Github. However, the transaction is quite notable, beating the $4.05 billion paid by Disney for Lucasfilm.

With pre-orders for the next-gen Xbox consoles becoming available, the announcement could attract more potential buyers. 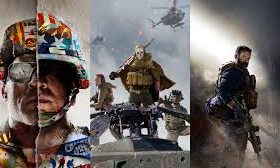