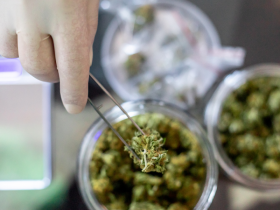 Arcadia Planitia might actually hide a buried treasure. There is a new global map that shows that the region can have water, which is just some inches below the surface. NASA’s Mars Reconnaissance Orbiter and the Mars Odyssey spacecraft, together come with new data, which helped researchers find a promising landing stop for the future astronauts. More studies will be conducted in the future regarding this aspect.

This particular region is located in the Northern Hemisphere of the planet and has some stashes of water ice, which makes it the ideal location for human missions to Mars. There is a new paper that has been published in Geophysical Research Letters, which comes with details about a treasure map, which points to places where researchers think that water ice lurks 2.5 cm below the surface.

There Might Be Water at the Arcadia Planitia Site on Mars

Researchers are trying to find the best places for astronauts to land. This is placed on the top of their list right now. And due to the fact that this is a temperate region, it would not be difficult to find the water. You could use a shovel, and it is that easy. Sylvain Piqueux, the lead author of the study, wrote a statement about this.

The Mars that we all see today is a desert world. Any liquid water which may trickle on its surface evaporates quickly. The atmosphere of Mars, which eroded in time, was simply stripped away by solar particles, which resulted in the thin atmosphere that we all see today. As a result, any liquid water from the surface would evaporate immediately when exposed to the atmosphere, that’s thin. However, the presence of water on Mars, if proved, might not translate into the irrefutable proof that there is life on Mars.