“What’s true of all the evils in the world is true of plague as well. It helps men to rise above themselves.”

Back when casts existed, and there were kings and slaves, good and bad had different meanings than they have today. Knowing so little, mankind needed clarity. Morality was a different concept back then too.

Today, we live in a world where good and bad are two extremes that can rarely exist in a pure form. We don’t live in a black & white world anymore. We began to accept the infinite tones of grey. We’ve accepted that demons and angels are the product of our imagination and we’ve locked them where they belong: in our heads.

But our emotions can’t make a clear distinction between what’s real and what we imagine. The thing we imagine can become more real than reality itself. We do it all the time, even in our most common daily existence.

We have feelings that tell us what the others mean when they say or do something. We don’t know. But we feel it and we translate those feelings into reason with the help of our consciousness. And we are so sure that those reasons are true that we act upon them according to our own morality.

It’s like a modern reflection of our ancestors’ belief in their demons and gods. The angels were the ones letting men know what the gods wanted. They were the messengers. Just like our thoughts are the modern messengers that let us what the world wants. The world as we see it.

But the world isn’t what we see

Uncertainty is the mind’s biggest enemy and wisdom is its highest achievement. But wisdom isn’t knowledge. Wise people can be both scholars or unlettered. Wisdom is the acceptance of uncertainty being the only truth there is about this world.

There is something metaphysical about this pandemic. One of the smallest creatures of this planet is defying its most evolved one. A virus is defying mankind. And mankind loses its ascendancy over the virus for lack of wisdom. This is the true loss we’re facing if we don’t start seeing the opportunity the virus is giving us: to accept uncertainty. To become wise.

The sea wouldn’t be the sea without all the drops it is made of.

The world will change. We’ll be even more frightened than we were before, or we’ll be wiser. It’s a matter of choice that each and every one of us has to make.

It is a global war made of 7,594 billion individual fights. We can’t win this war if we don’t win the individual fight. There is a joke saying “you want to make Gog laugh? Make a plan.” We need the plan, or the world will stop. It seems true. We feel it is true. But is it?

If the world stops, Earth will keep spinning around the Sun, even if it means it won’t rise anymore. It didn’t rise anyway. It was just our ancestors believing it does so. The truth proved to be less poetic: it’s just another planet orbiting a star.

P.S.: This article is meant to make its reader smile. To wake up his self-irony. With a tiny drop of irony, things don’t look that scary anymore. 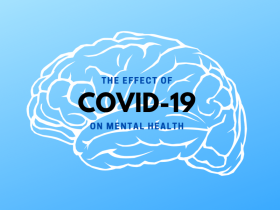 August 4, 2020
Load More
We use cookies on our website to give you the most relevant experience by remembering your preferences and repeat visits. By clicking “Accept”, you consent to the use of ALL the cookies.
Opt Out.
Cookie SettingsAccept
Manage consent